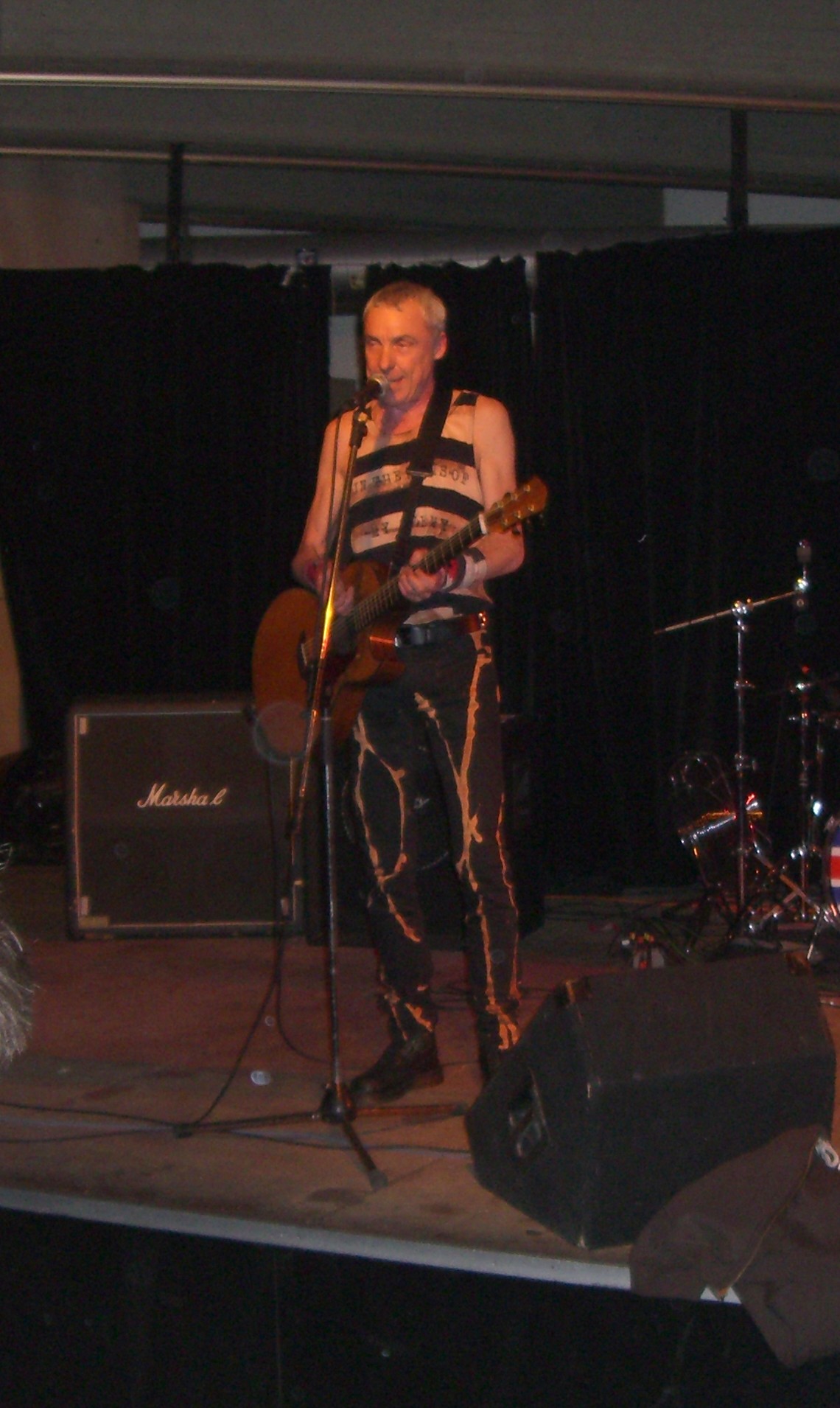 Crikey I needed that. After Thursday’s shitshow (albeit revealed in the company of friends, which momentarily softened the blow), what happened last night was just perfect.

Given that TV Smith is a guy with a 40 year back catalogue of brilliant – perceptive, funny, lyrically astonishing – songs, and with a work ethic that would shame someone a third of his age, this was unsurprising. But still, much much appreciated.

Smith has been at this game since punk screamed onot the stage in 1977.  He’s kept the faith – a DIY ethos, biting observations on how the rich get richer, the poor stay poor (and it’s expensive being poor).  I’ve seen him a bunch of times over the last 15 years, always at small venues (in a sane world a) he would be playing enormous stadiums and b) he wouldn’t, because a sane world would provide little material for his clarity, his cynicism, his stubborn but realistic optimism).  There’s never less than 100% engagement with his material, his audience.  There’s old crowd pleasers (most of the audience tends to remember the early days well), some new stuff and lots in betweens.  Last night I asked for (and got) both March of the Giants

If you’re not familiar with his work, you’re missing out (seriously).  He next plays Manchester on Friday 27 March 2020.  See you there I hope.

PS There’s a third C – (Barry) Commoner, the American ecological thinker. Smith has several songs which speak to the ecological crimes of our species (and especially capitalism/industrialisation).