Unless you’ve been in a coma on Mars, you’ll have spotted that the Australian Government  strong-armed UNESCO  recently.  They did this to keep the inconvenient-to-tourism fact that significant chunks of the Greater Barrier Reef is suffering coral bleaching out of a report on climate change and World Heritage sites.  In yet another example of the Streisand Effect – in which attempts to suppress news backfire and cause greater numbers to become aware than otherwise would have – the story (of the bleaching, and the attempted censorship) briefly became top story on the Daily Mail and Google News.  It’s hardly the first time that governments – of all colours – have tried to keep climate change off the agenda.  Thanks to social media and an ever-more-alert citizenry, these efforts seem to becoming less successful…. 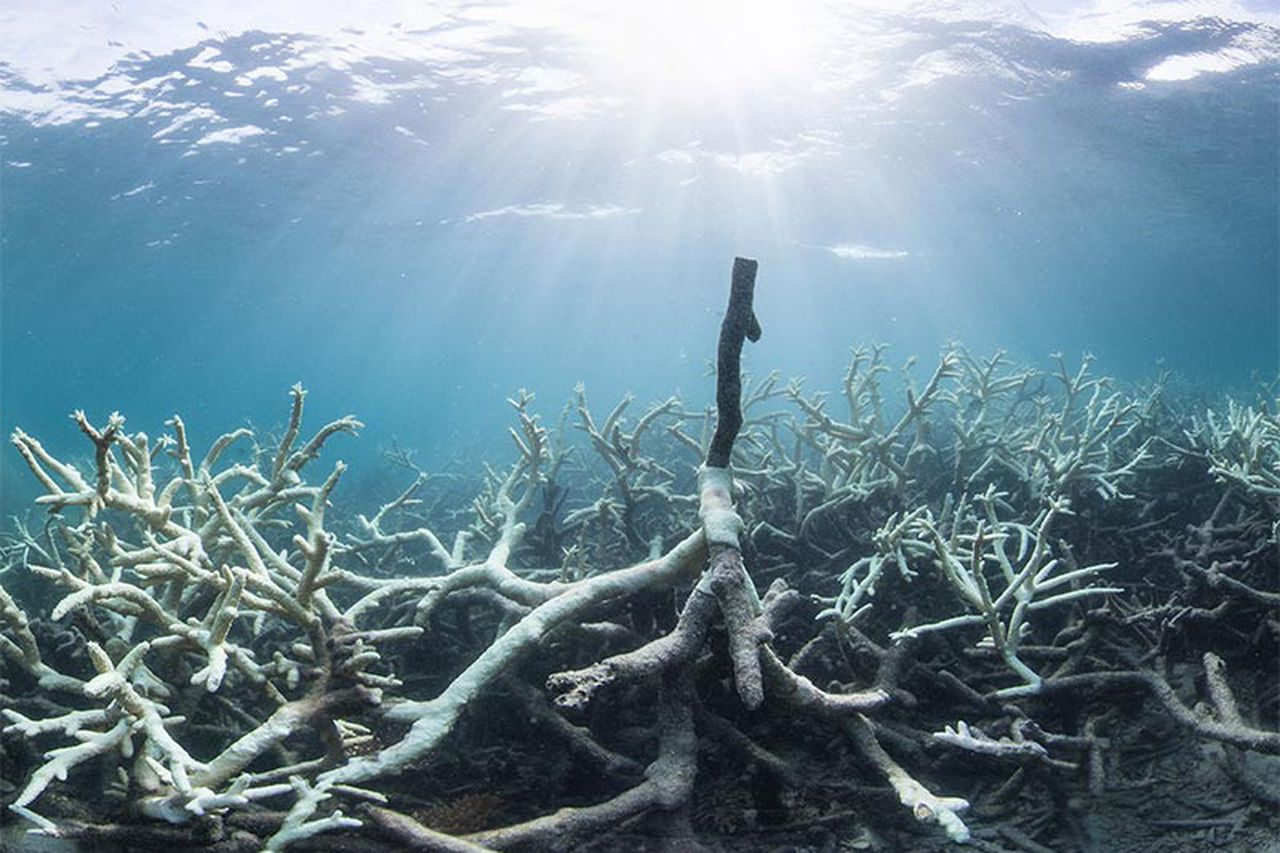 Scientists have been studying coral bleaching and its links to climate change for almost 30 years (see the references in this 1999 paper) and warning of the potential impacts that are now upon us, but with little effect beyond the creation of some glossy plans.

Various ‘technofixes’ – such as erecting shade cloth have moved from the subject of mirth in 2006  to becoming ‘serious’ ideas in 2012 The triple whammy of warmer water, sea-level rise and acidification are unlikely to be fixed by technofixes however, despite recent optimism about the Australian government’s stance. In late 2014 Unesco’s chief said they were “having constructive dialogue with the government and we are encouraged by what I’ve heard, that the government will act differently.”

Maybe now, not so much.

Before social media, burying inconvenient facts was easier.  In his remarkable PhD, Guy Pearse (author of ‘High and Dry’, an excoriating account of the Howard government’s climate stance) interviewed an insider who recounted that the 1988 “Energy 2000” document had originally had a chapter on climate change.  Pearse was told

“the then senior public servants perceived it as their patriotic duty to prevent the coal industry from being undermined by an untoward focus on something that in their thinking was a load of cobblers… I don’t think you could even argue that it was because they were under intense lobbying pressure from the coal industry. I think it was very much a matter of some senior and quite strong public servants taking it into their heads that having a whole chapter in something like this on greenhouse was just plain wrong, so they took it out, or they persuaded the minister of the day who was Peter Cook.” (Pearse, 2005 p.327-8)

Less extreme methods have also been used.  Sometimes it is enough to release information on “a good day to bury bad news”. As Clive Hamilton notes in “Scorcher: The Dirty Politics of Climate Change,” in November 2001 economic modelling commissioned by the government showed that the costs of ratifying the Kyoto Protocol would be an eight week delay in the doubling of Gross National  Product by 2021, rather than the economic apocalypse that was being mooted.  Hamilton writes

“it was no wonder, therefore, that the Government refused to release the results of the modelling for five months and then dis so at six o’clock on a Friday night, minimising the chances of their being reported.”

Inconvenient information and proposals can also be quietly ignored.  It’s forgotten now, but four reports on the viability of a domestic Emissions Trading Scheme were produced in 1999 under the aegis of the long-since abandoned Australian Greenhouse Office.  They were quietly ignored, and after she quit, the head of the AGO, Gwen Andrews stated that she had not been asked once, in her four years, to brief John Howard. (Scorcher, p99)

What we have seen, for almost 30 years around climate change in Australia, are attempts at what the political scientists Stephen Hilgartner and Charles Bosk labelled “de-dramatisation”

One way to do that is to accuse radical extremist environmental groups – like, oh WWF – of scare-mongering and lying. Another is to run television adverts that urge “Australians to become informed about the true environmental health of the Great Barrier Reef” as the Queensland Resource Council did in April 2014.

In public policy analysis there is a (contested) view that policies can be examined through stages of “problem emergence” and “agenda setting”, followed by policy formulation, decision-making, policy implementation and finally “policy evaluation”.  Yes, there may be  occasional pauses and short-term reversals, but given our species’ rationality and acceptance of science, this all should take place within a context of gradual improvement. The underlying assumption is that elites will respond to scientific and public pressures.

The assumptions do hold for some issues (for example, drink-driving) but sometime the elites think it ‘makes sense’ to ignore a problem. After all, sometimes problems are indeed self-limiting – if you ignore them, they go away.

That is what Australian elites have mostly done for almost 40 years in Australia. It might be time to move to plan B, because, as the environmentalists are fond of saying, there is no planet B.